I bought a jar of molasses from the organic shop a few months ago, but have only just found a good use for the tar-like stuff: chocolate chip cookies. This recipe is an amalgamation of several different ones available online. 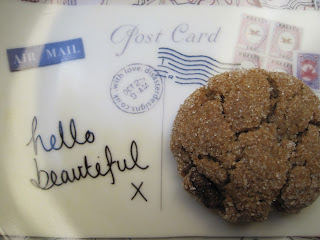 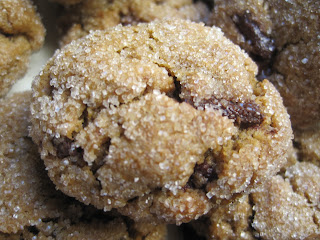 1. Combine all the dry stuff in a large bowl.

2. Beat all the wet stuff together in a smaller bowl. This may take some time as you are trying to combine water and oil: never an easy job. Be patient and keep beating until the mixture is reasonably uniform.

4. Take a very heaped tablespoon of the mixture and form into a ball in the palms of your hands. Flatten slightly before rolling in a small bowl of sugar to coat. Repeat and bake the lot at 190° for 9-10 minutes, depending on how heaped your tablespoons were.

5. Remove from oven and allow to cool slightly (2 minutes) on baking tray before transferring to a cooling rack. 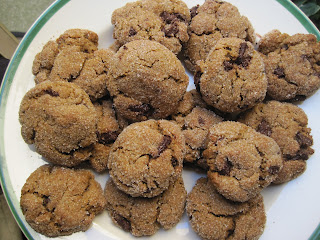 Berlin might be my new favourite city. Where else would a lady working in a kebab shop say "this sauce is vegan", unprompted?

As well as being cheap, handsome, young, and vibrant, it's also super vegan friendly. It's so vegan friendly that there was no way of making it to all the vegan hotspots during our five-day stay. Oh, and we didn't need to because you can get great vegan food on the cheap everywhere. 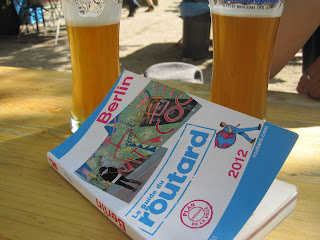 You can scatter my ashes in the Pratergarten. Berlin's oldest beer garden: a vast expanse of sun-dappled tables and benches. A beer window. A food window. Huge gherkins. Huge! 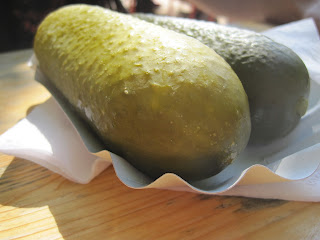 They also do pretzels, olives, and other vegan snacks. If you go for the corn on the cob, be sure to specify that you don't want butter, otherwise it'll be brushed with some melted butter before it's handed to you. 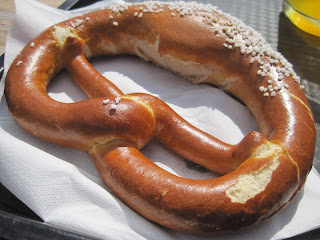 I lost count of the number of falafels I ate in Berlin. You need to watch out for the sauces - some places will try to put yoghurt sauce on your falafel. Most places also have a good harissa-like spicy sauce. 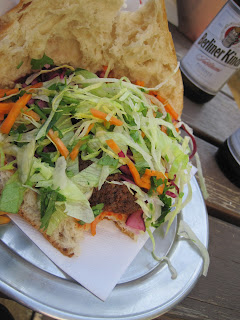 And the best for last - the thing that pushes Berlin from 'great' to 'fucking great': the Vöner. Vegan kebab. Shaved off one of those big spinning hunks of kebab. They recently went all-vegan (there used to be yoghurt in a herb sauce). 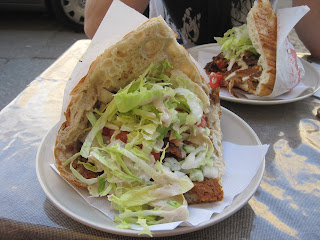 Fantastic Turkish bread, loads of salad, and a great tahini-garlic sauce. Plus cutesy wrappers that no self-respecting Berlin kebab would be seen without. 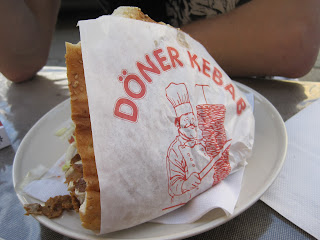 Ordering a vegetarian kebab in France doesn't get you anywhere good. The standard offering is chips, iceberg lettuce, tomato, onion, and maybe a fried egg stuffed inside bread. I once had a standoff with a Paris kebab man who refused to add bulgour to my sad chip and lettuce sandwich. Paris could learn a thing or two from Berlin.

We also ate at Nil, a fantastic Sudanese place with three restaurants in Kreuzberg and Friedrichshain. I had a pepper tofu sandwich with peanut sauce - just delicious but not very photogenic.

Top of my list for next time is vegan currywurst from Yoyo Foodworld.