Tien Hiang is far and away my favourite vegetarian restaurant in Paris. The vast menu spans most of East Asia, from nems to pho, via sweet and sour pork and green papaya salad. No eggs are used at Tien Hiang, but one claypot dish contains cheese, and the 'ham' isn't vegan either. Aside from that, pretty much everything is vegan.

The restaurant has recently moved from its hole-in-the-wall-style spot on the Rue du Chemin Vert, and is now located near the trendy Canal St Martin, in the 10th.

Some of the following photos were taken with a phone, so apologies for the mixed quality. 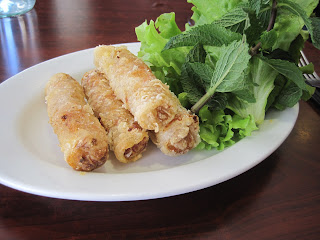 Nems ready to be rolled up with mint leaves inside a lettuce wrapper and dipped in sauce. 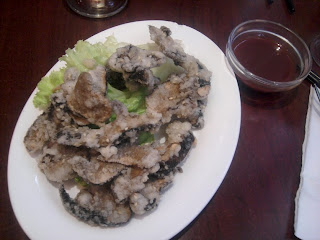 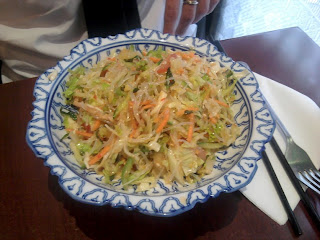 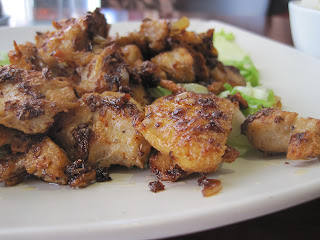 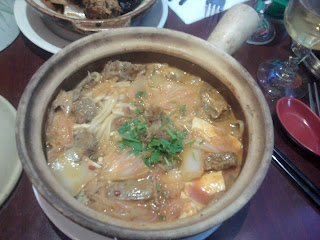 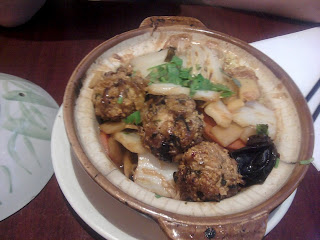 I've never been disappointed by anything on the Tien Hiang menu. Particular favourites include the Claypot 'beef' with black pepper; the magical fried mushrooms; the 'beef' lok lak; and the lemongrass 'chicken'.

The new location is not only bigger and brighter than the old one, but also in a great spot that lets the take-away option come into its own. If the weather is nice, you can take your food down to the Canal St Martin and eat in the sunshine while watching the bobos go by.