Elizabeth David has to be my favourite food writer. Even when talking about thoroughly un-vegan foods, she manages to get me excited about eating. 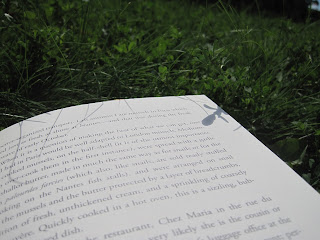 In An Omelette and a Glass of Wine, David tells charming tales of her travels exploring the food of rural France. As you can imagine, there's not a huge amount of vegan food involved. However, this recipe for tomates à la crème seemed an easily veganisable choice. The recipe comes from Edouard de Pomiane, who sounds like he may well be the father of molecular gastronomy.

I'm not a huge fan of tomatoes, unless they're cooked to within an inch of their life. But, as David puts it, this dish "makes tomatoes taste so startlingly unlike any other dish of cooked tomatoes...". It is far, far more delicious than it sounds or looks. 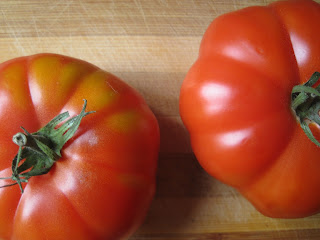 To make a surprisingly delicious lunch for two, here's what you need to know: 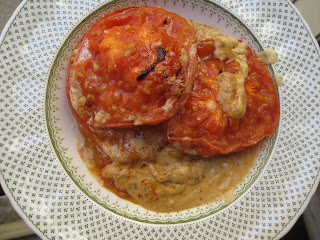 These tomatoes taste way better than they look, promise.
Posted by Unknown at 12:36