I never thought I'd see the day I preferred a bunless burger over a bunned burger, but it has arrived.

Long story short: MOB is a new(ish) all-vegan Parisian fast food joint. It's good but too sweet and too soft and too expensive. 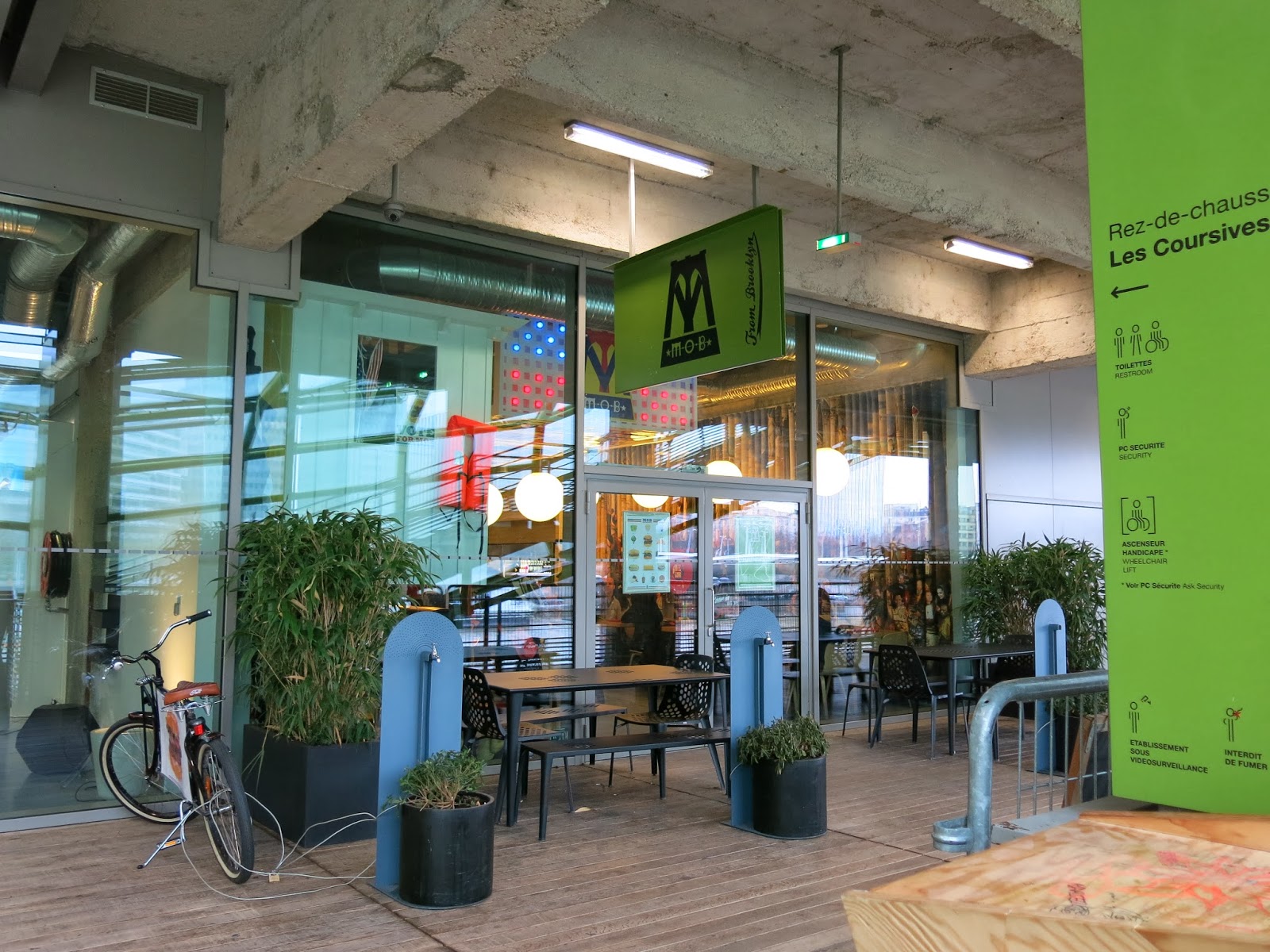 This is the California Governor burger or something. It's €6.50 and is made up of a tasty, seitany, smoky burger patty topped with avocado slices and caramelised onions. The bun is kind of sweet and kind of soft. This burger has good flavour but poor texture. Where is the crunch? How can a burger be served without either gherkins or crispy lettuce? Who thinks that is ok? 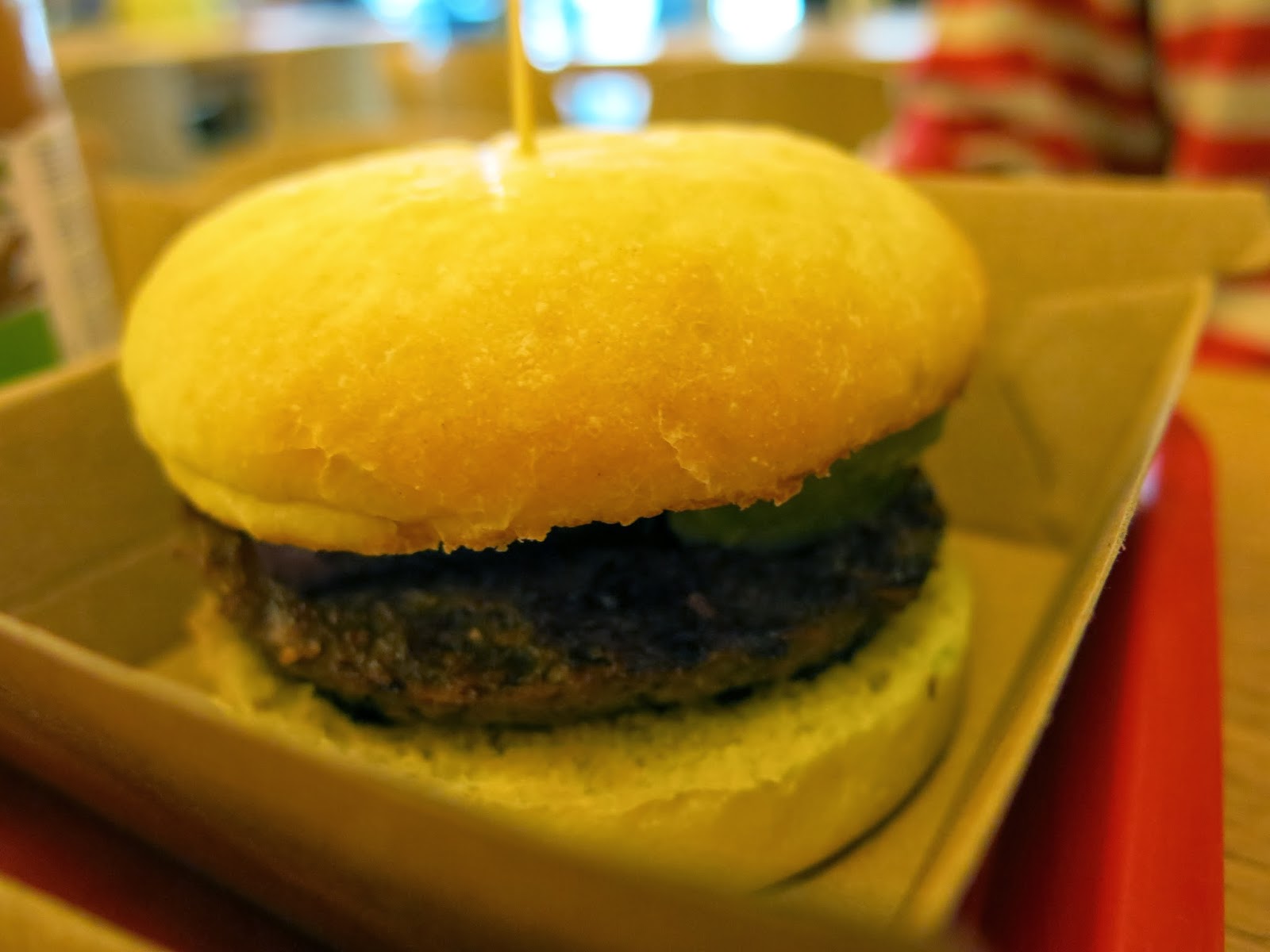 This is the hotdog. Again, the meaty part itself is tasty, but the texture of the sausage is too soft. There is some crunch here though, provided by white cabbage described as sauerkraut, but which I think is just chopped up white cabbage. The big problem with this hotdog is the relish it's drowned in (the red stuff in the photo there). It's sweeter than jam. Oh, and the hotdog costs €8 before you even think about chips and drinks and stuff. €8. 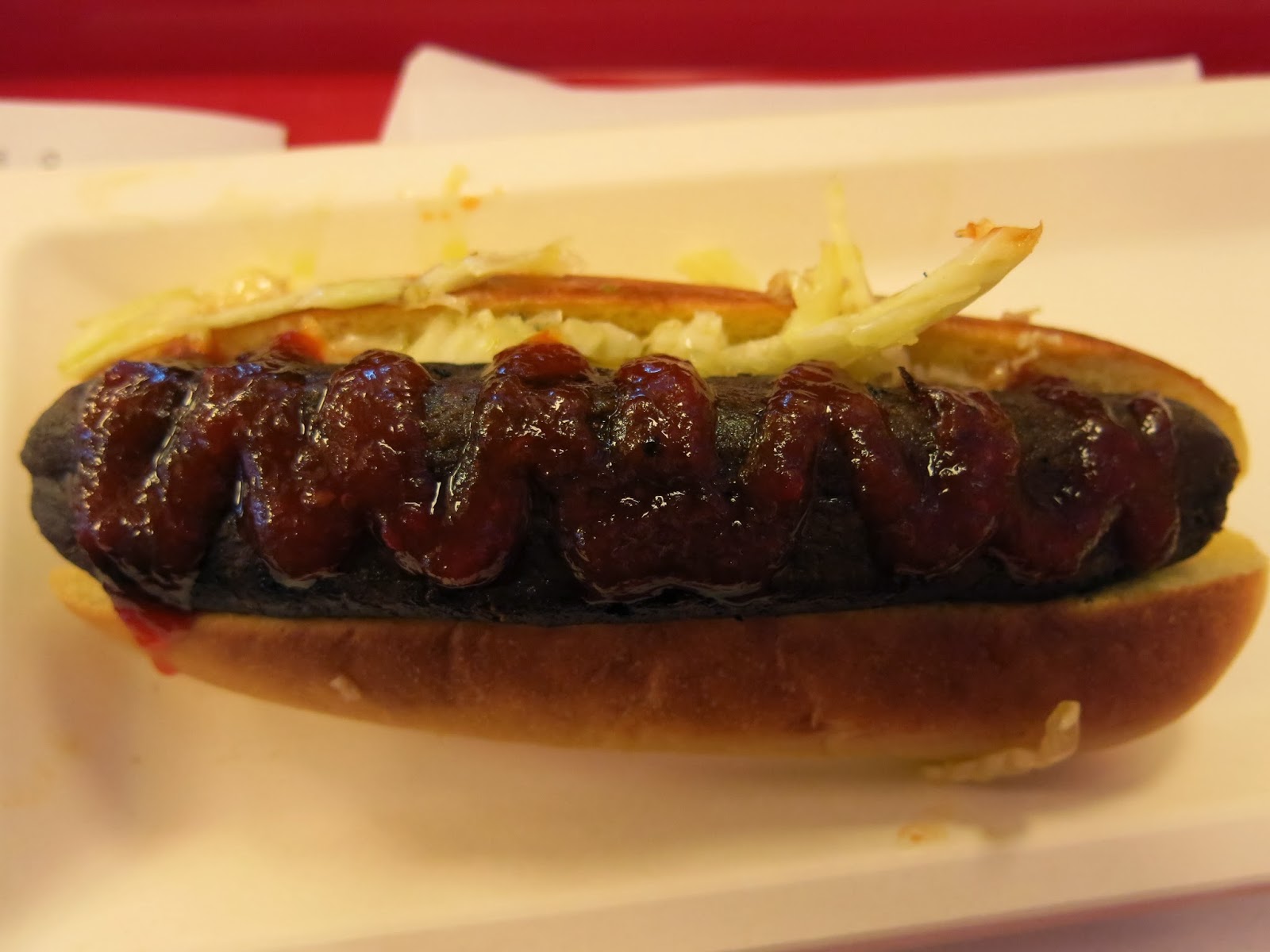 Now, about that bunless burger. The standard burger + bun combo costs €4. For €6 you can swap your bun for a couple of leaves of napa cabbage. I don't know why this costs €2 but it's worth it because you finally get a burger with crunch to it. Thank god. You also get plenty of garlicky aïoli for extra taste. Here it is: 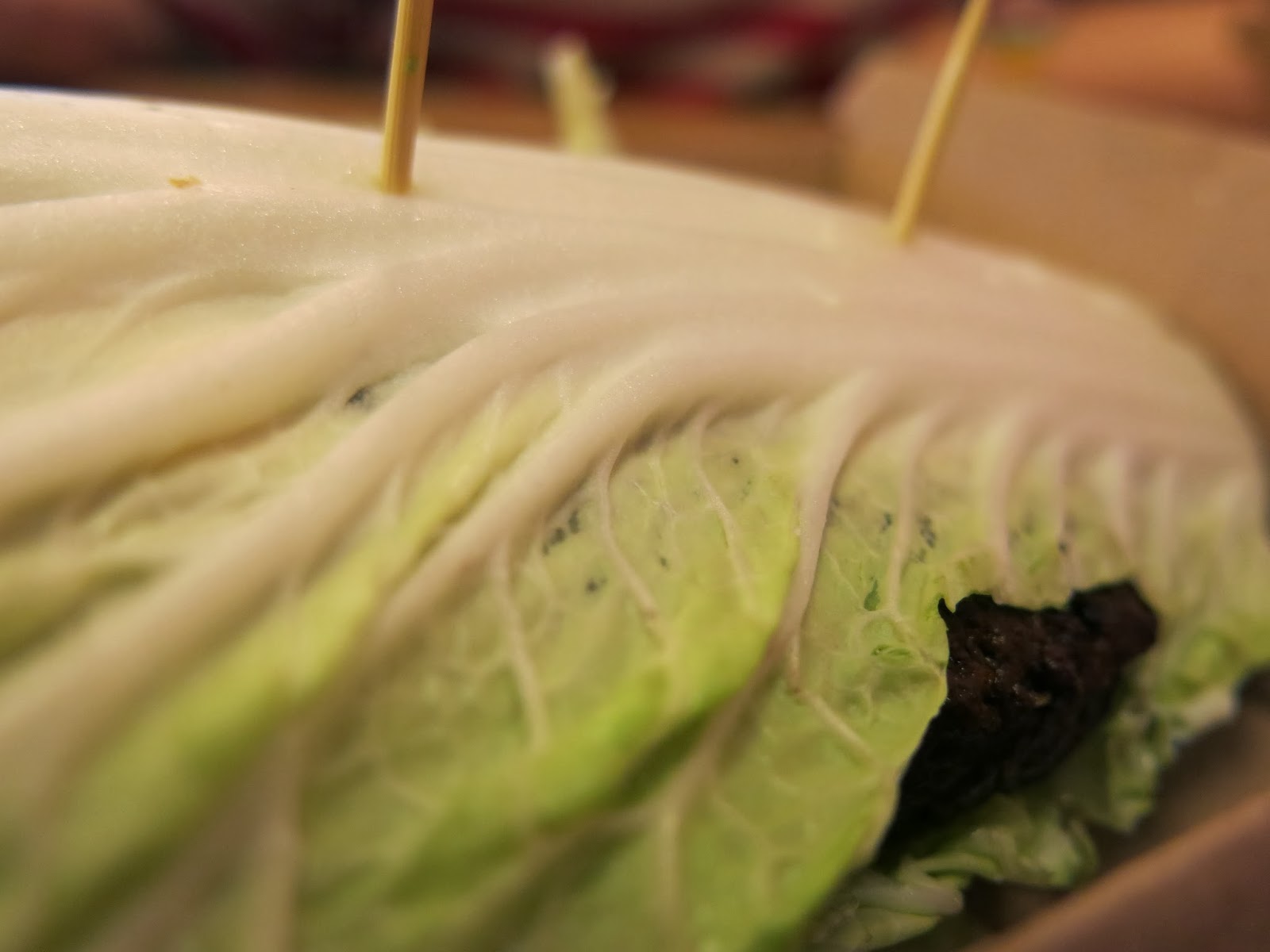 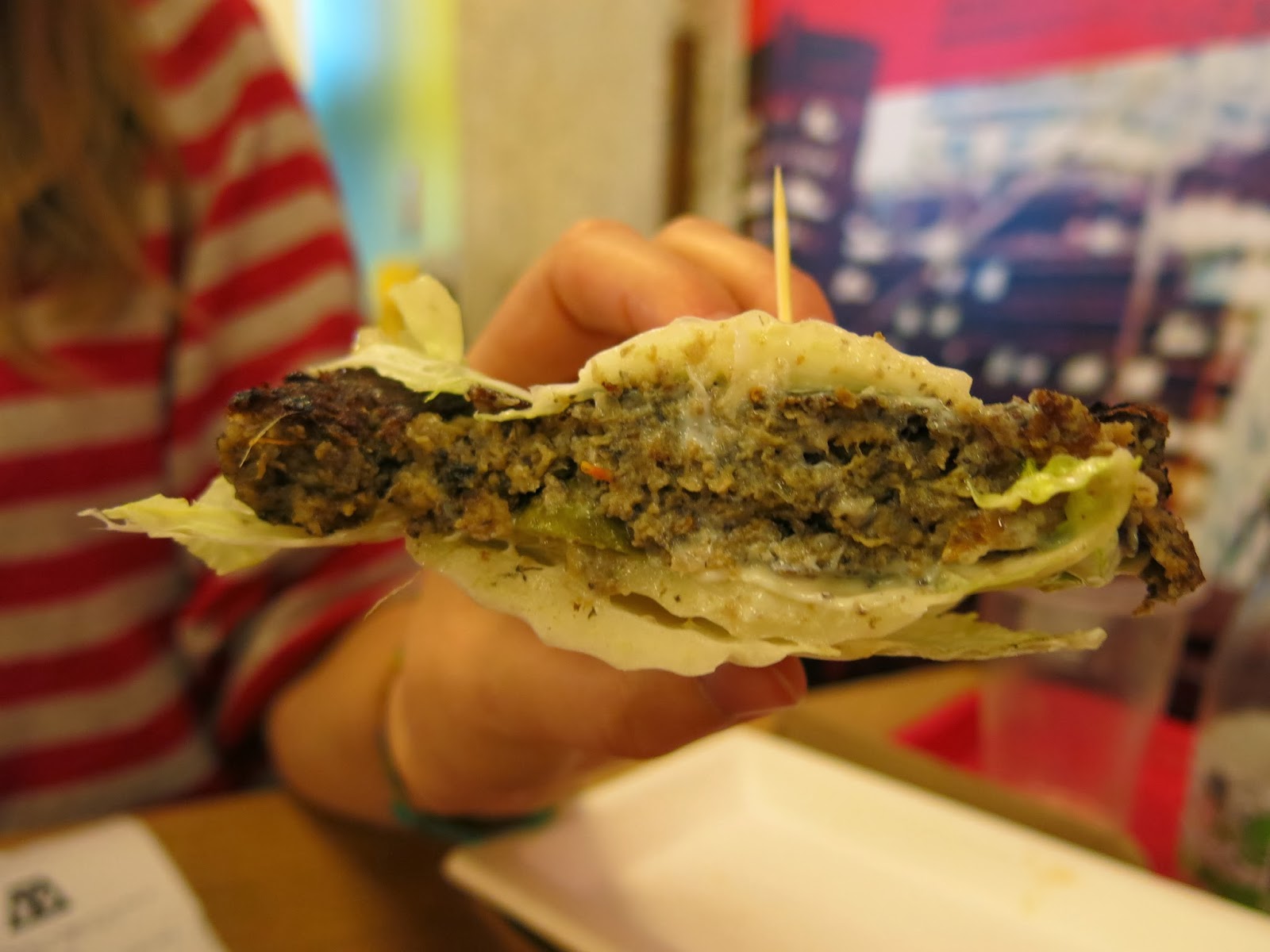 The chap (boss-like) who took our order explained all the dishes to us, and described this napa burger as being 'zero calorie' because of the cabbage. With no hint of a smile. I don't think he knows what a calorie is.

These chips aren't wrapped in cabbage, so they do contain calories. They're good. This is the XL portion, which my friend and I shared. A sound bite from my friend: "the chips are good". 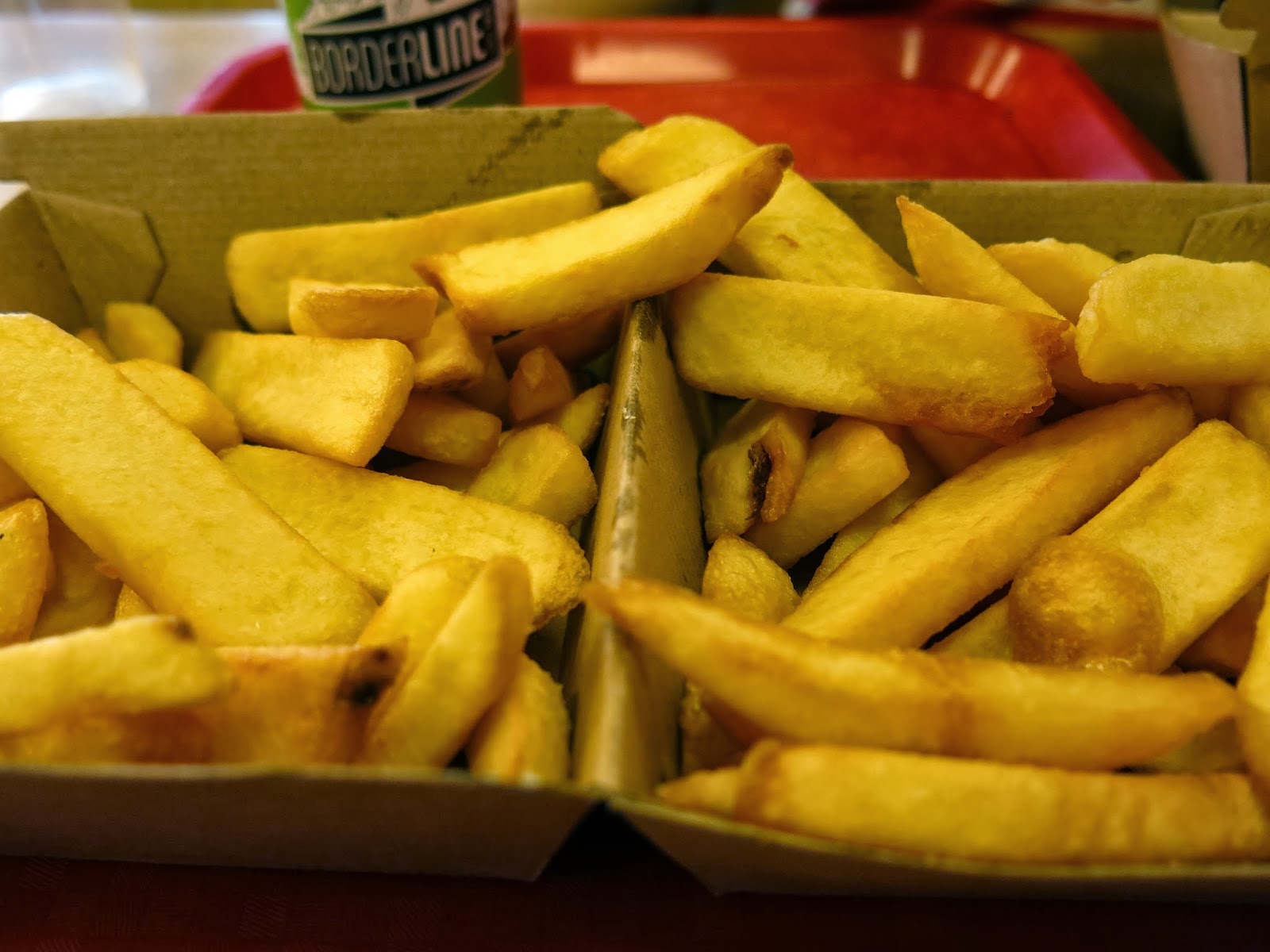 MOB Paris is located in the Cité de la Mode et du Design, a great big green caterpillar on the banks of the Seine in the 13th. It feels a bit like Paris's attempt at some kind of funky Friedrichshein set-up. That's fine. There's a rooftop bar in summer, stuff like that. Funky. 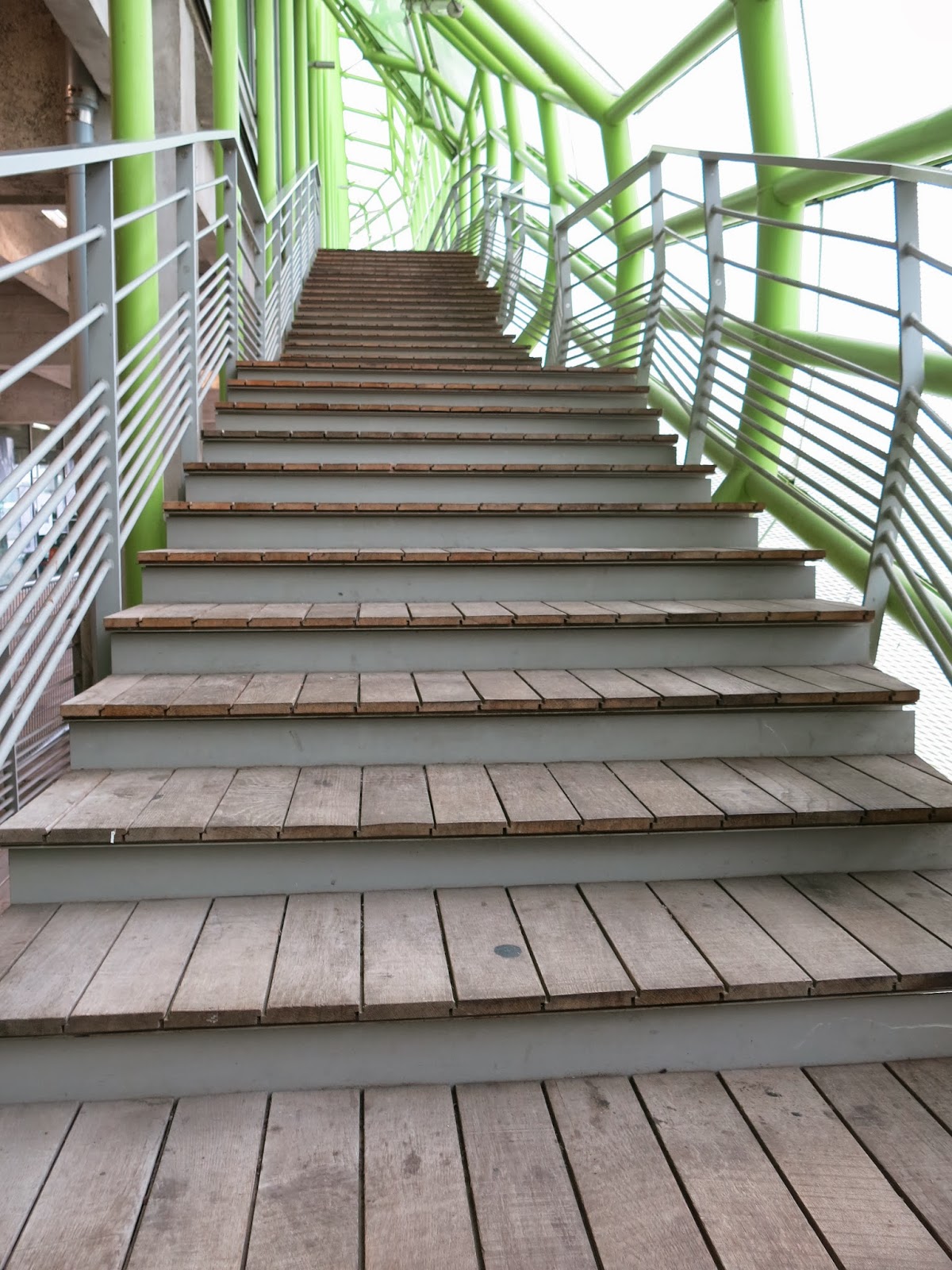